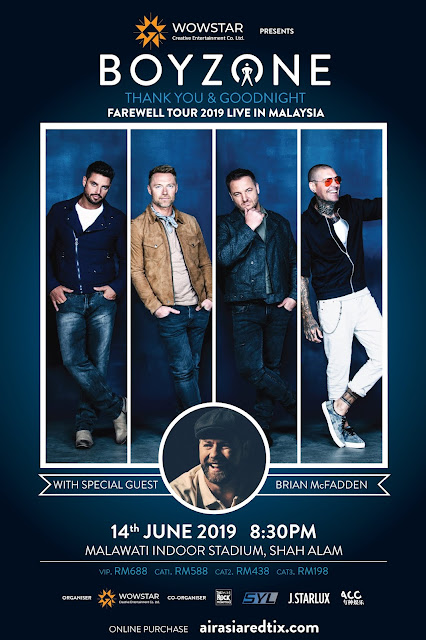 Former boy band Westlife member and songwriter Brian McFadden has been announced as special guest performer in Boyzone’s “Thank You and Goodnight Farewell Tour” last show on 14th June 2019 at Malawati Stadium, Shah Alam.
McFadden started his singing career as member of Westlife, which was formed in 1998 and released the debut studio album “Westlife” in 1999.
He left Westlife in 2004 to begin his solo career and released the single “Real to Me,” a track in his debut solo album “Irish Son.”
In 2016, McFadden and Boyzone’s Keith Duffy formed the group Boyzlife and toured the world, performing their bands’ hits.
Boyzone’s Duffy, Michael Graham, Ronan Keating and Shane Lynch will be performing some of their greatest hits including “When You Say Nothing At All,” “No Matter What” and “Love Me For A Reason.”
“When we started out as five young Dublin Northsiders, eager to face the world, we never imagined that we’d still have an army of fans some twenty-five years later… If you’d seen our famous first TV appearance on ‘The Late Late Show,’ you’d probably be surprised too!” said the band, according the tour website.
Boyzone enjoyed success throughout their career.
“We’ve played stadiums and arenas all over the world, released six albums, and had almost two-dozen hits. We really can’t put into words just how much you, the fans, have supported us along the way. Without that support, we would have never achieved what we have, and for that we’re eternally grateful,” they added.
Ticket selling website :  https://airasiaredtix.com/boyzone2019
About Wowstar Creative Entertainment Co., Ltd.
Established in 2018, Wowstar Creative Entertainment is a fast-growing entertainment company specialising in diversified entertainment businesses
from concerts, live music and entertainment events, artist management, to film, television, commercial production and distribution.
For more information, please follow us on: https://www.facebook.com/WowstarCreativeEntertainment/
at May 29, 2019 No comments: 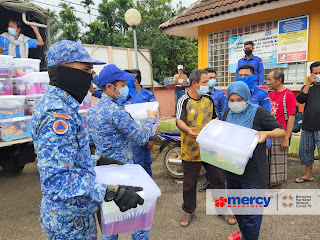