11 Sep: Get 50% Off On Mooncakes Exclusively On Shopee 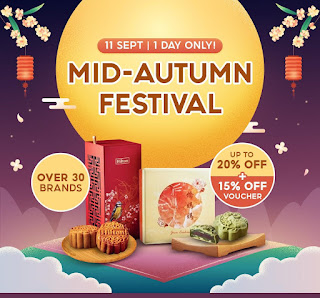 Shopee’s mooncake fair returns for the third year with much to look forward to. Taking place from 11 to 30 September 2020, Shopee’s Mid-Autumn Festival will treat Malaysians with discounts of up to 50% on over 1,000 mooncakes. Check out more than 30 brands including Oversea, Baker’s Cottage, Kam Lun Tai, Hilton, JMM Cookies, Casahana, Tai Thong, Genting, and Yu Ai that will be providing mouth-watering deals during Shocking Sale. Stack your discount with a further 15% off discount vouchers by the brands. Additionally, have them shipped directly to your doorstep for free when you spend at least RM40 in a single transaction.

On 11 September and for one day only, the Mid-Autumn Festival will be treating users to exclusive promos on Shopee from the following brands, and more. 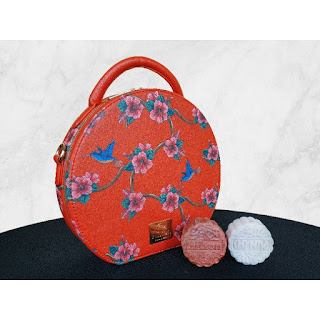 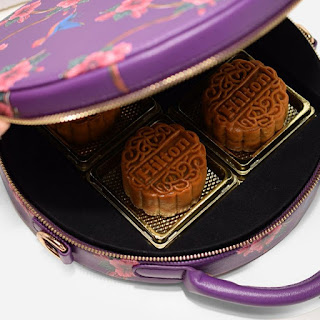 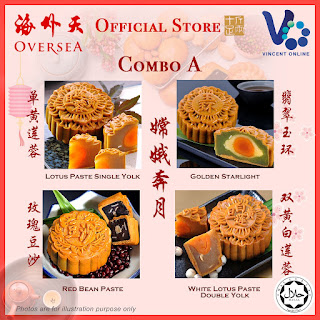 Catering to those looking for something more than the usual, the YCH Low Sugar Mochi Matcha + Red Bean Mooncake weighs 90g per piece and is suitable for a good teatime break. The chewy mochi texture will sure to melt the hearts of matcha lovers.

The Halal certified KLT Mooncakes comes in a set of 4 which weighs 185g per piece. Apart from the popular Pure Lotus Paste, HK White Lotus and Golden Jade flavours, KLT has introduced a Durian Pearl flavour specially for durian lovers. 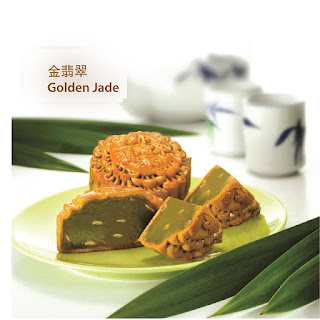 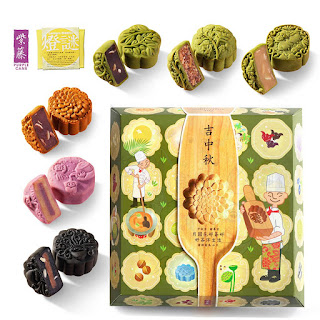 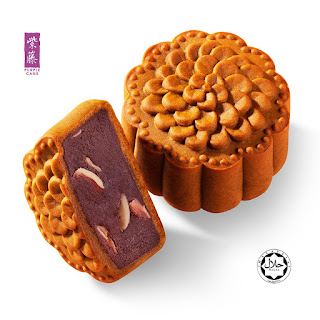 What are you waiting for? Get your mooncake fix here https://shopee.com.my/m/mid-autumn-festival

What are you waiting for? Get your mooncake fix here https://shopee.com.my/m/mid-autumn-festival 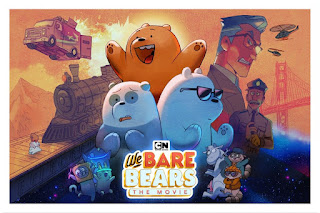 It’s all stacking up to be Cartoon Network’s biggest movie premiere ever! Locked in for 11am on Saturday, September 12, everyone’s favourite Bears return in their greatest adventure with their first TV movie, We Bare Bears: The Movie in a cross-platform debut on Cartoon Network (Astro Ch 615 HD / 635) and other *WarnerMedia channels such as Boomerang, HBO, Warner TV, and Korean entertainment channel Oh!K, which is also screening last year’s famous MONSTA X episode, as well as streaming service HBO GO and Cartoon Network Watch & Play app.

Life is good for this lovable trio but when their love of food trucks and viral videos get out of hand, it catches the attention of the menacing Agent Trout from the National Wildlife Control, who pledges to restore the "natural order" by separating them forever. Chased from their home, Grizz decides there’s only one thing they can do to find refuge – move to Canada! The Bears embark on an epic road trip filled with new friends, dangerous obstacles, and massive parties. But most importantly, the perilous journey will force the Bears to face how they first met and became brothers, in order to keep their family bond from splitting apart.

In the run-up to the movie release, fans can also get their fill of the best We Bare Bears episodes in a special three-week block, 4pm daily from August 24 to September 11, only on Cartoon Network (Astro Ch 615 HD / 635). Each week will see the spotlight on one Bear, with specially-curated episodes to celebrate the unique story, origin, and qualities of the beloved Bears:

Grizz takes the lead from August 24 to 28, together with episodes that recall the Bears’ most musical and sporty moments as well as their legendary love of food!
Next, from August 31 to September 4, reminisce with Panda on the humans they consider family, the Bear’s experience in being an internet sensation with Nom Nom, and a special tribute to anime and K-pop!
Finally, Ice Bear wraps it up from September 7 to 11 by revisiting their trendiest and most tech-savvy moments, with a flashback to the Bears’ various encounters with the Pigeon Cartel.

More about We Bare Bears: The Movie

Tune in at 11am on Saturday, September 12, with encores at 3pm and 7pm, and join fans all across Asia in Cartoon Network’s We Bare Bears: The Movie first-ever watch party. Share live reactions during the movie premiere by adding hashtags #CNWatchParty and #WeBareBears on social media posts.

To get into the party mood, Malaysian fans can also download a We Bare Bears: The Movie-themed party kit and enjoy other entertaining activities such as exclusive videos, games and quizzes https://cartoonnetworkasia.com/webarebearsthemovie.

Shopee concluded its 11.11 Big Sale, with more than 6 times uplift in new local sellers partaking in the campaign for the first time compar... 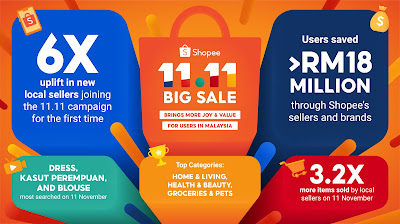